Read the story of how making connections grows our power, by Kristine Jelstrup

Early in 2017, Ginger Ryan and I went to the MA Climate Action Network Conference in Boston. I ran into a friend who is involved with 350 North Shore. He wanted 350 North Shore to ally with Mothers Out Front because we have a reputation at making things happen on the local and state level. I told him the best way to do that was to have Mothers Out Front teams on the North Shore, so he set about trying to make that happen.

We talked for many months and then he invited Leslie Bliss and I (from Mothers Out Front Cambridge) to give a presentation about Mothers Out Front to a Clean Energy Forum that 350, Citizen Climate Lobby North Shore and Better Future Project were co-sponsoring in October.

From that presentation we recruited some really fired up women. One of them arranged for a House Party in Gloucester in December where we met some really motivated activists. Out of the 18 women at that party 10 committed to start two teams! One in Ipswich and one in Gloucester! The Ipswich team is made up of moms from Ipswich, Boxford and Topsfield, so that team may ultimately end up being three teams! 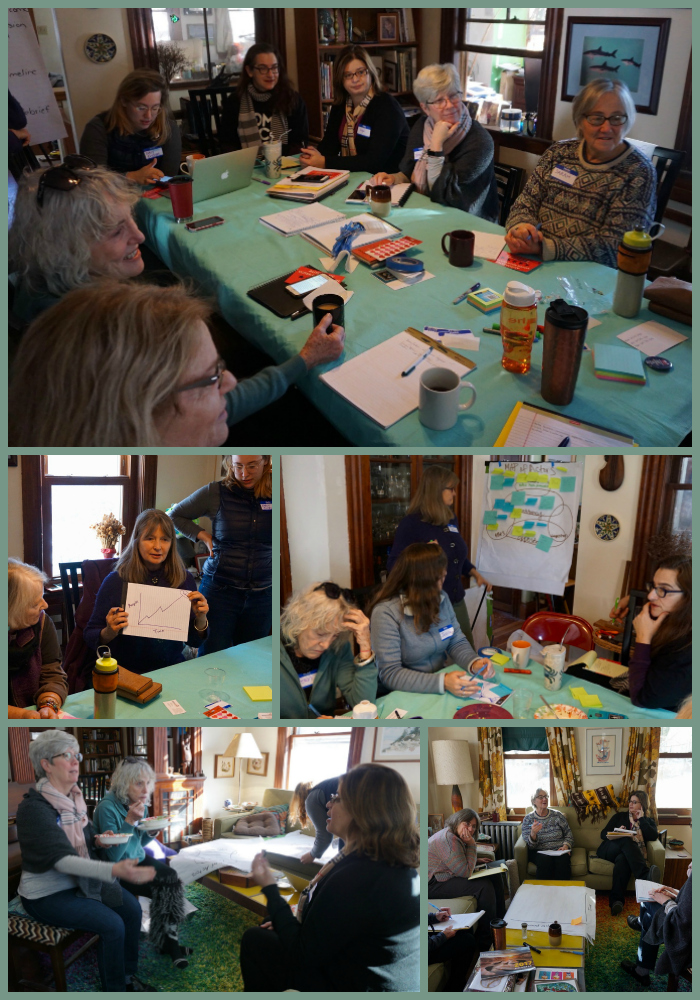 The magic of Mothers Out Front and the House Party continues!