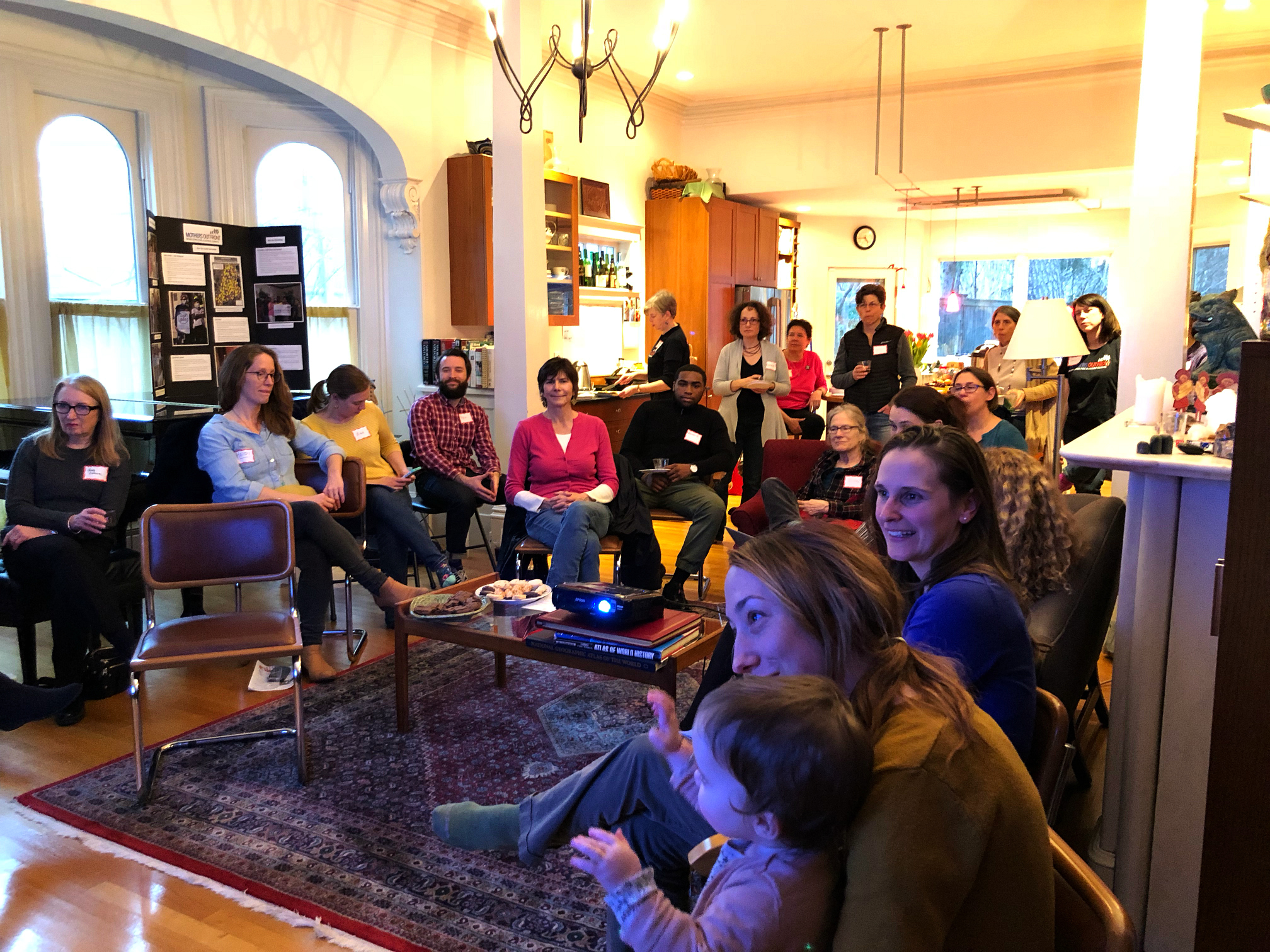 Many could hardly believe that such a stove allows you to boil water in less than two minutes, place a towel directly under a pan while cooking to prevent spills, and cook at such low temperatures that chocolate stays perfectly melted for hours on the stove. 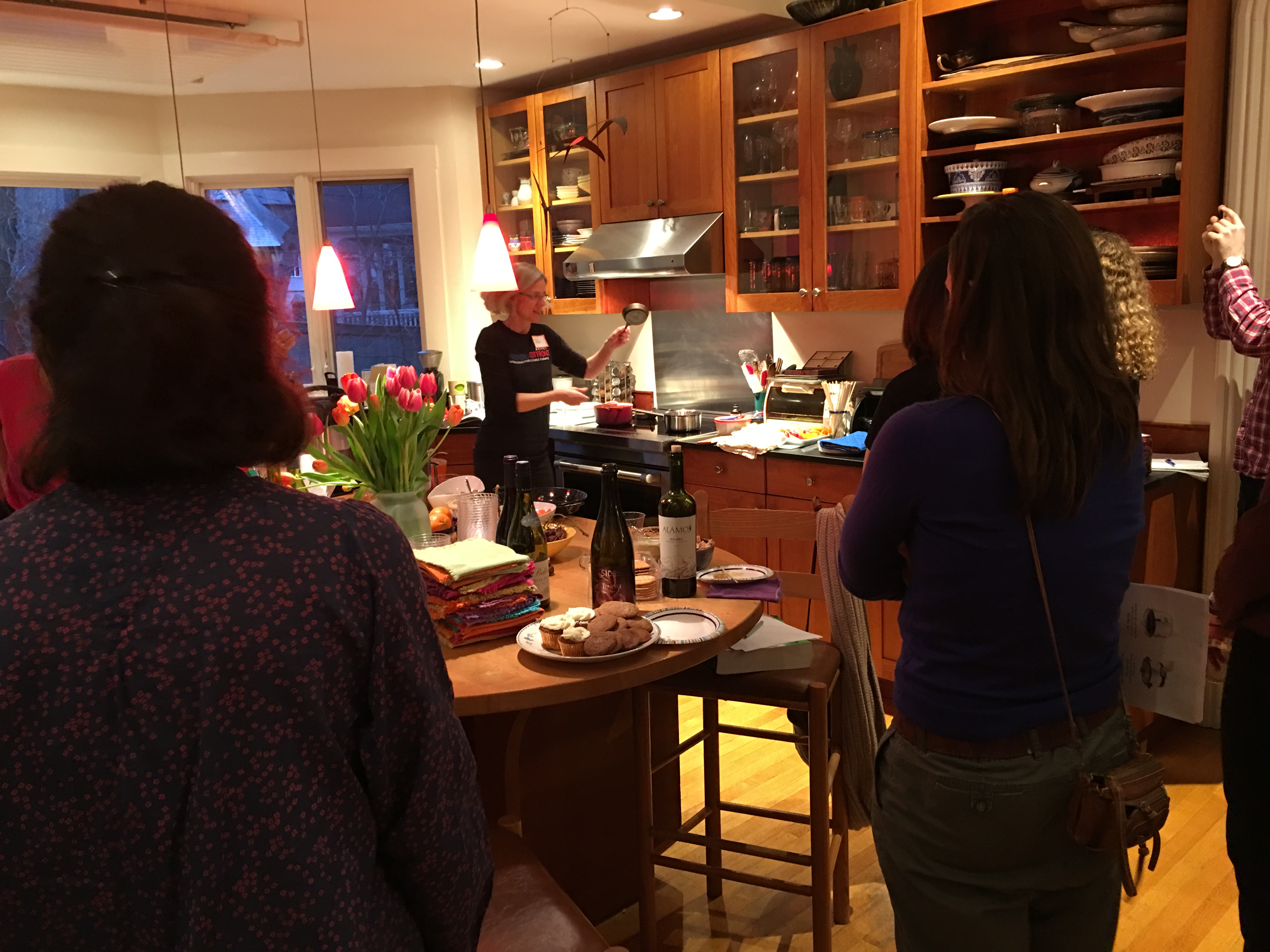 Viki explained that she was motivated to trade in her 21-year-old Viking gas stove for the new induction stove after a friend asked her why she still cooked by “combusting fossil fuels in her living space.” She became increasingly concerned about the chemicals brought into her home along with the gas (which in Massachusetts is increasingly fracked gas from the Marcellus Shale), as well as the effect that natural gas has on accelerating climate change. When one of the Viking stove’s two oven burners died last year, Viki and her husband decided it was time to make the switch to induction. They are very pleased with the new stove, and because they purchase 100% renewable electricity through Mass Energy, the stove is an environmentally friendly choice.

Mothers Out Front and HEET have developed a Taste the Future cooking party template and slide show, and are planning many more of these parties around Massachusetts. They provide an engaging way to talk about the options people have to begin transitioning from dirty to clean energy in their own homes. 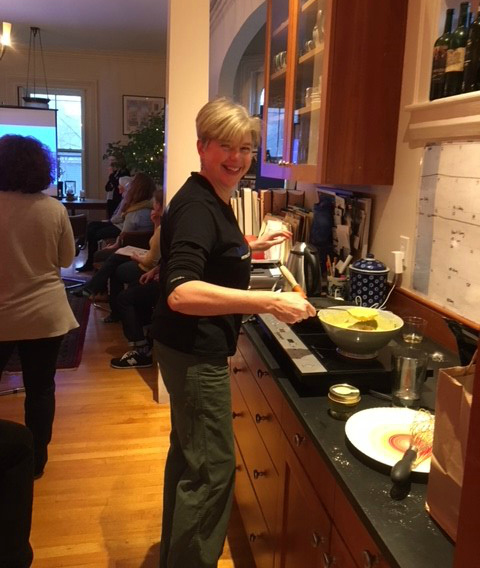