Over 40 Mass. Mothers Out Front members gathered Thursday March 28th to officially launch our two-year “Beyond Gas” campaign and a new Campaign Team and structure. Every Task Force, Working Group, and Functional Team, the Mass Leadership Team, and most Massachusetts Community Teams were all represented. 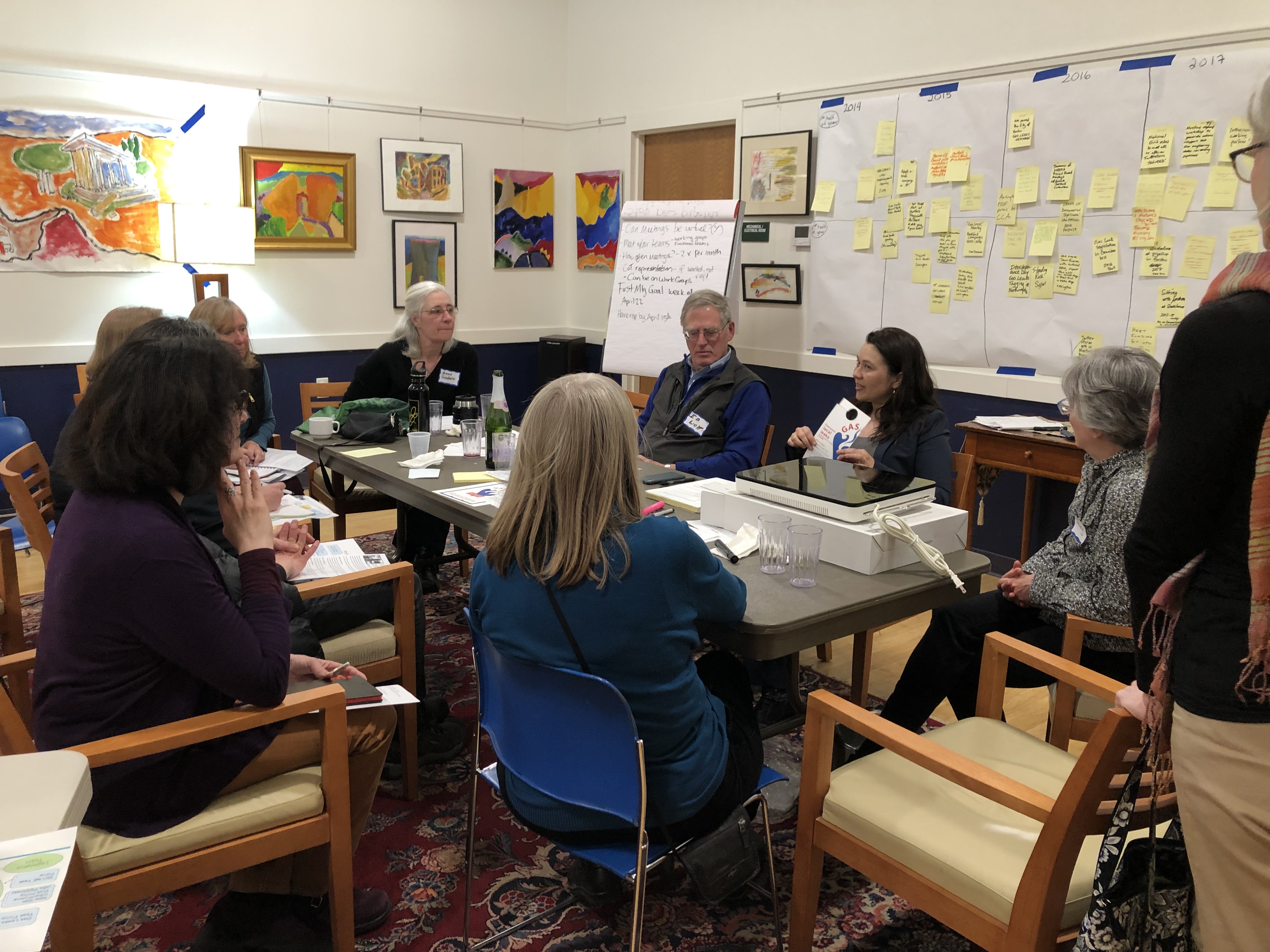 We started the Launch Meeting with a celebration of all that has been done in past years to limit the use of dangerous fracked gas, and to stop the build-out of gas infrastructure in Massachusetts. Attendees wrote our successes out on a timeline on the wall, and then added our visions for the future: the wins we hope to have in this two-year campaign. Members were hopeful that we would stop the Weymouth Compressor Station, join the fight in Western Mass. against the Agawam Pipeline Expansion, pass the FUTURE bill (SD1953 and HD3719) and fix all large volume leaks near schools throughout the state — and more! We toasted (with non-alcoholic bubbly cider) to our past and future successes, and to the determined and talented members from across the state that were in the room!

After the timeline and celebration, Mothers Out Front founder Kelsey Wirth reminded us of the important role Massachusetts Mothers Out Front plays, in being leaders and ground-breakers for the nation-wide Mothers Out Front movement, in these times of crisis and opportunity. Staff organizer Janet Groat spoke about the origins of the campaign we have chosen, and its role in moving our state toward a critical win that will help the country move away from the dangers of fossil fuel and toward a renewable energy future. And Anne Wright of Arlington team and the Structure Committee introduced the new Structure, to be piloted for the next 6 months, then re-assessed. 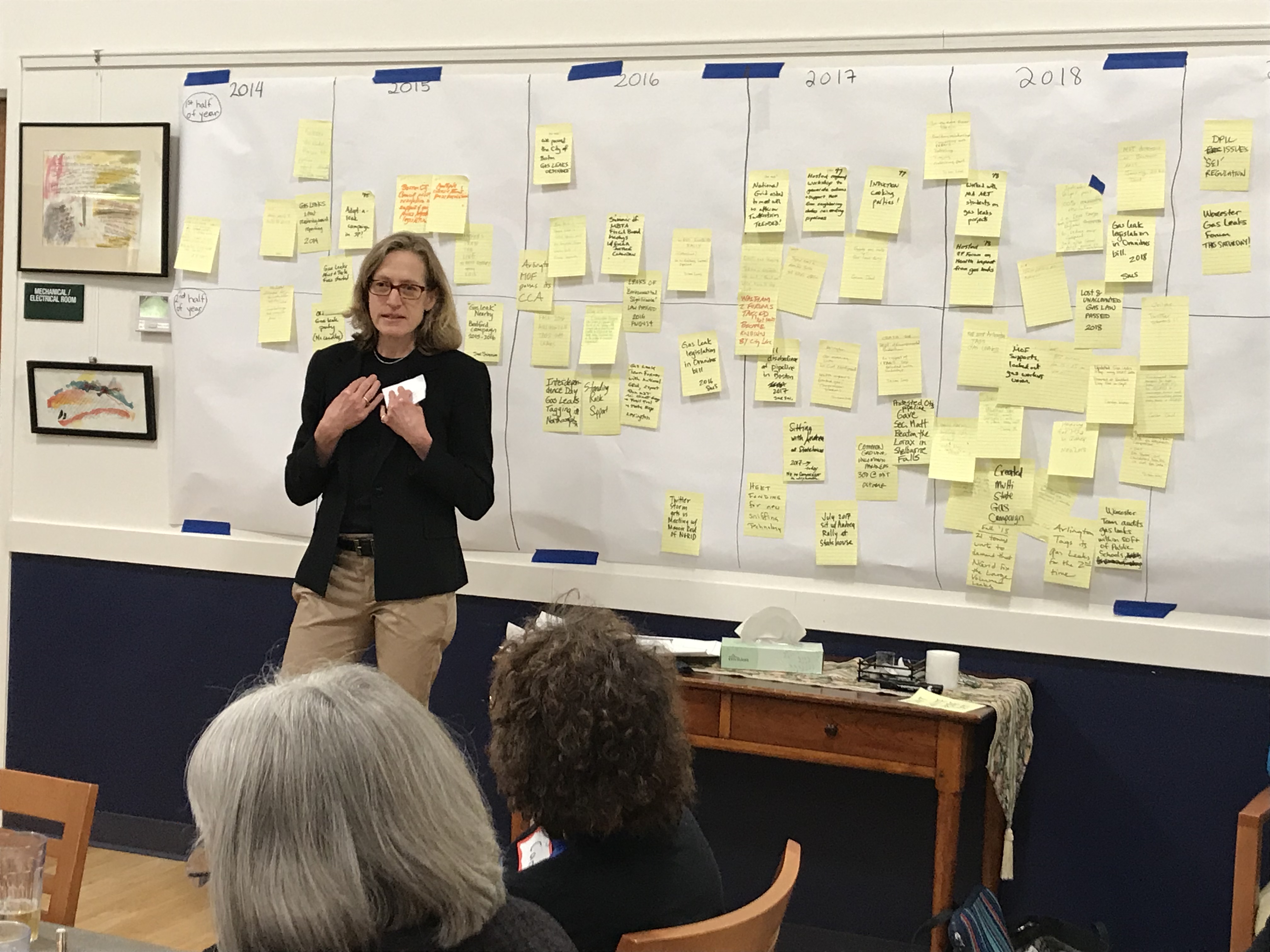 MA Mothers Out Front is recruiting for the Volunteer Co-coordinator positions for this Campaign Team. Anyone who is interested should contact Amber Martin at [email protected].